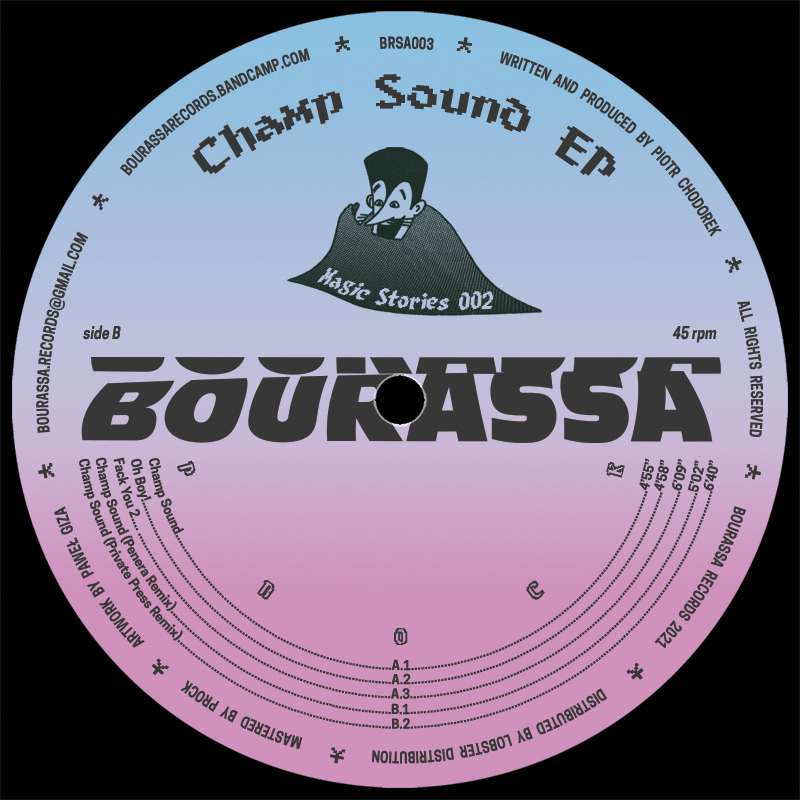 Bourassa Records invites Polish DJ and producer PROCK to their imprint. Recognised for his skills in broken sounds, the Lodz-based artist has been carefully cultivating his skills over the years, initially starting out with more hip-hop influenced music. He made his debut with the EP ‘Cosmic Lover’ in the Røkt Laks project, released in 2016 by POGO House Records. Then the beat-making sneaker went towards UK Garage and 2Step. It can be said that he is one to watch in the Polish field of electronic music.

The upcoming EP ‘Champ Sound’ is a strong record full of UKG sounds, paying tribute to the old school garage vibes whilst enriched with characteristic vocals and moogy baselines for this genre. On the B-side are an effective pair of remixes from Polish artists such as PENERA & Private Press, which we have the pleasure fo premiering here on Dance Wax. The record is to be released at the turn of summer holidays. It will be available in two formats, as a 12” vinyl and a digital version.

‘Champ Sound EP’ is out August 29th and is available to pre-order from Bandcamp.

NEOPOP Festival is celebrating its 15th edition in 2022