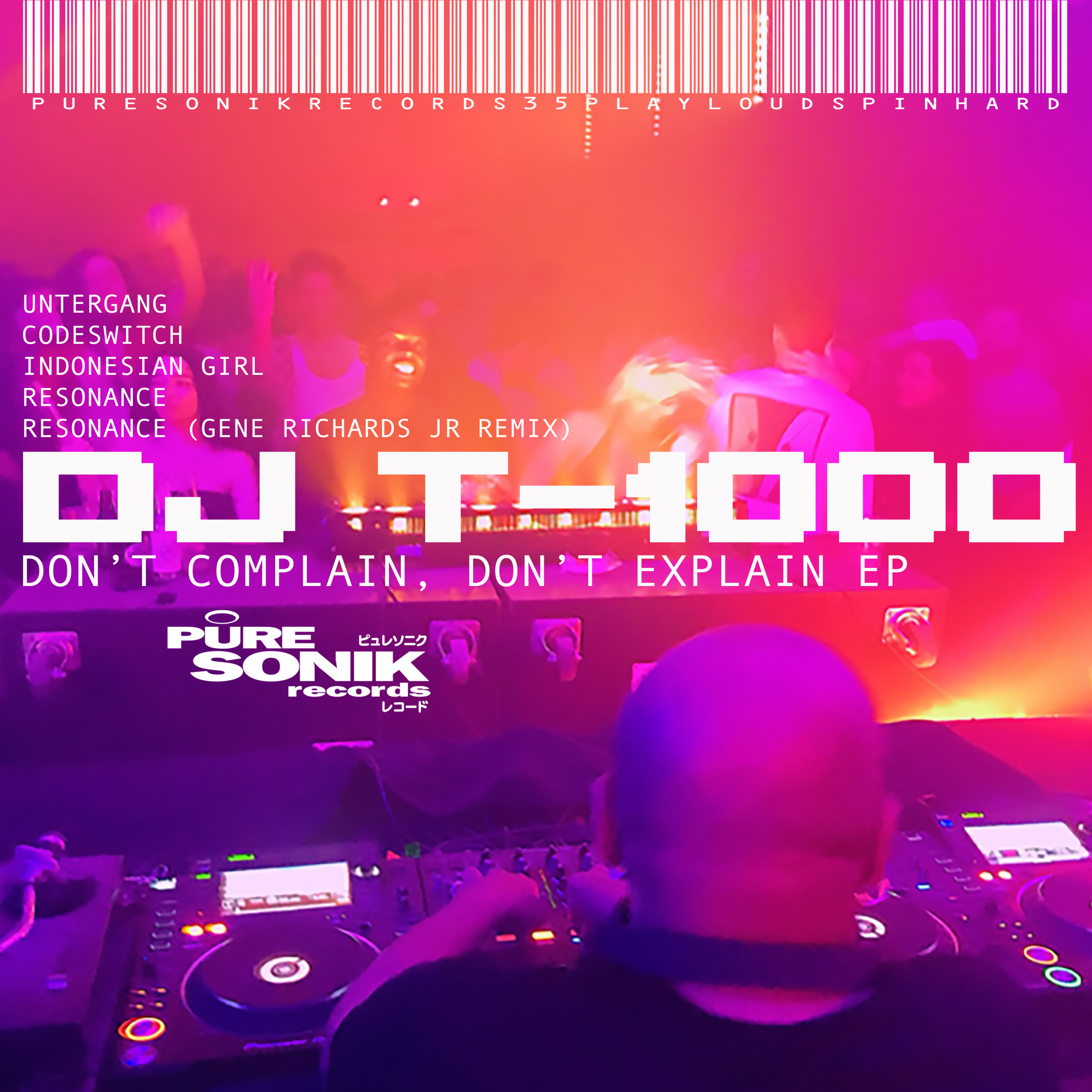 Born and raised in Detroit and now based in Berlin, Alan Oldham, aka DJ T-1000, has been labeled as ‘Detroit Techno’s Renaissance Man’, not only as the owner of legendary Detroit labels such as Generator and Pure Sonik, but also as a veteran international DJ. Also boasting unique illustrator skills, the Detroit-born polymath is widely regarded for his iconic artwork for Djax-Up-Beats, +8 Records, Transmat Astralwerks, along with many others.

Having found himself under the tutelage of Underground Resistance’s Mad Mike Banks during the 90’s, Oldham was eventually tapped to replace departing friend Jeff Mills as DJ on UR’s world tour, and thus his DJ T-1000 alias was born. For a year, Oldham toured with Banks in the UR techno boot camp, and still to this day keeps to his old Underground Resistance vinyl roots. Anyone knows that if DJ T-1000 is on the line up, they are in for a treat.

In 2014, Oldham established himself in the music capital of Berlin. As a veteran headliner of festivals such as Love Parade, Awakenings, E-Troit and N.A.M.E. Festival, he has also found himself regularly playing events across the world in some of the most recognised venues. With an extensive catalogue list under his belt, Oldham continues to release incredible sounds and has recently provided a track for Ellen Allien’s BPitch We Are Not Alone compilation pt. 1 record as well as his acclaimed EP The Dirrty Underground.

Now, kicking off 2022 in style on his homebase label Pure Sonik Records, DJ T-1000 delivers an uncompromising EP entitled Don’t Complain, Don’t Explain, counting four high-octane tracks including “Resonance” which brings the T-1000 back to “A Pure Sonik Evening” form — a minimal, jackin’, straight to the point workout for DJs with a beepin’ acid line and thumpin’ kick.

Listen to the premiere of “Resonance” below.

Hemlock Recordings to return with a captivating debut release from Beneath