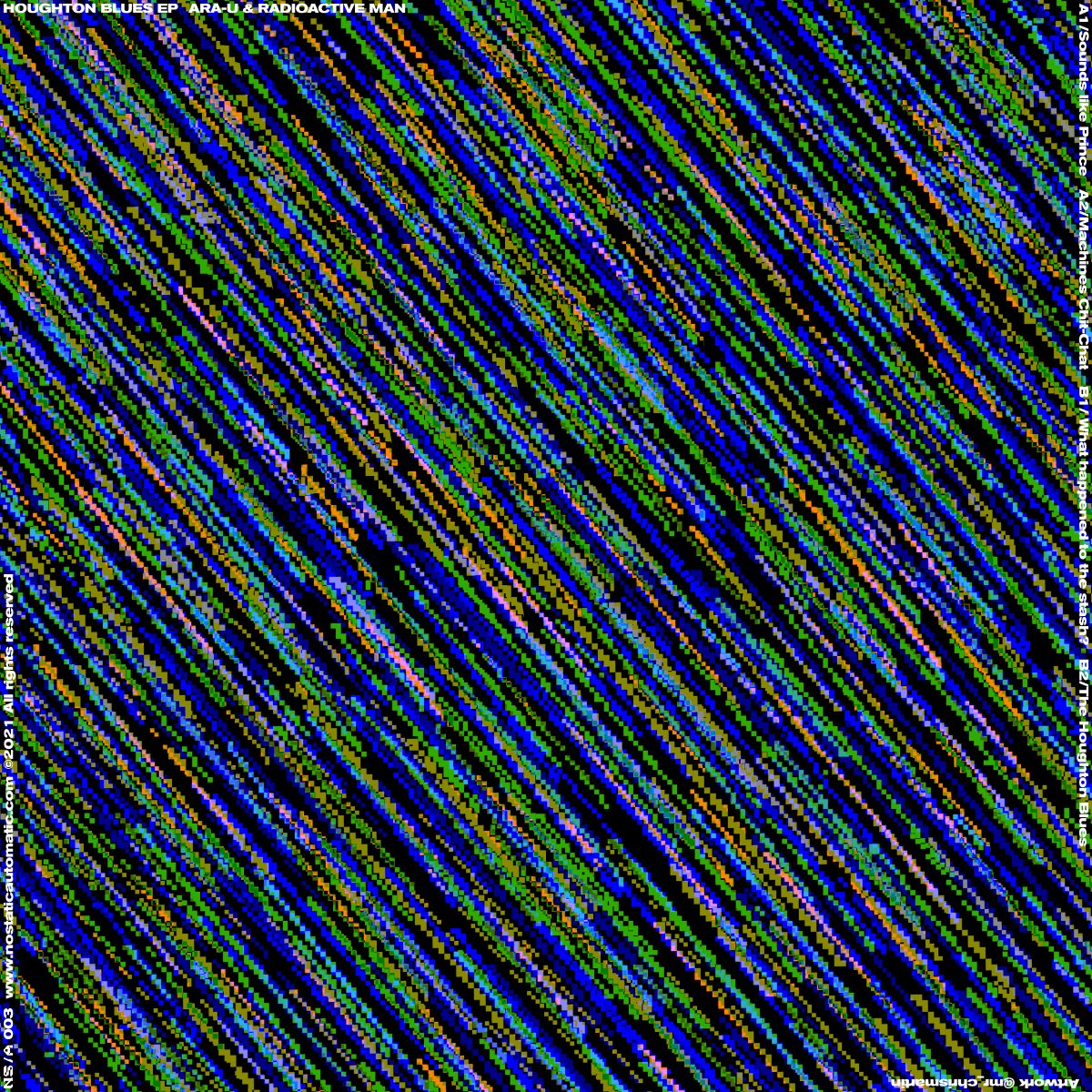 When Norfolk-based Houghton Festival was cancelled in 2019 due to high winds, ARA-U and Radioactive Man (who were due to play) decided to turn bad news into good, and hit the studio to produce some tracks. The result — their latest collaborative release The Houghton Blues EP spread across two sides of vinyl on ARA-U’s NO STATIC / AUTOMATIC label, as the accomplished electro innovators once again serve up pure analogue vibes and raw machine funk.

ARA-U is the UK-based Venezuelan and longtime hardware specialist who runs his own NO STATIC / AUTOMATIC label and, like Radioactive Man with whom he has already collaborated on the Plastic Attack EP, he is a master of machines — dBridge, Posthuman and Alienata have all played his music before now and he remains at the heart of underground electro. Pairing up is Radioactive Man, an artist boasting a career spanning 30 years, dropping music on labels such as Warp and many seminal collaborations from Two Lone Swordsman with Andrew Weatherall, with dBridge as dBRm and Billy Nasty as RadioNasty.

Listen to the premiere of “The Houghton Blues” below.

Tracklist:
A1: Sounds Like Prince
A2: Machines Chit-Chat
B1: What Happened To The Stash
B2: The Houghton Blues